Coconut oil is nature’s richest source of MCTs that increase metabolic rates and lead to weight loss. MCTs promote what is called thermogenesis. Thermogenesis increases the body’s metabolism, producing energy. Researchers in Japan have found that when you consume a food rich in MCTs such as coconut oil, the MCTs are absorbed and transported directly into the liver via the portal vein.

First, when MCTs are substituted for LCTs in the diet, the body is much less inclined to store fat.  Second, when we eat sensibly, a diet containing MCTs is more effective than a low-fat diet at decreasing stored fat.

In a human study, researchers compared the metabolic effects of 400-calorie meals of MCTs and LCTs by measuring metabolic rates prior to and six hours following the test meals.  The results showed that the MCT-containing meals caused an average 12 percent increase in basal metabolic rate as compared with a 4 percent increase with the LCT-containing meal.  The authors concluded that replacing dietary fats with MCTs could “over long periods of time produce weight loss even in the absence of reduced [caloric] intake.”(study)

Coconut oil is nature’s richest source of MCTs.  Not only do MCTs raise the body’s metabolism leading to weight loss, but they have special health-giving properties as well. The most predominant MCT in coconut oil, for example, is lauric acid. Lipid researcher Dr. Jon Kabara states “Never before in the history of man is it so important to emphasize the value of Lauric Oils. The medium-chain fats in coconut oil are similar to fats in mother’s milk and have similar nutriceutical effects. These health effects were recognized centuries ago in Ayurvedic medicine. Modern research has now found a common link between these two natural health products—-their fat or lipid content. Outside of a human mother’s breast milk, coconut oil is nature’s most abundant source of lauric acid and medium chain fatty acids.

So for those who continue to insist that there is no evidence that coconut oil leads to weight loss, we respectfully disagree!

Vorige: This is what best friends are for
Volgende: A Soul-F*cking-Mate. 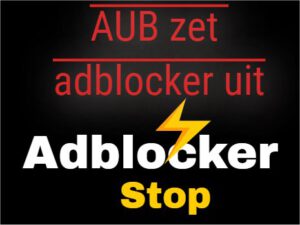